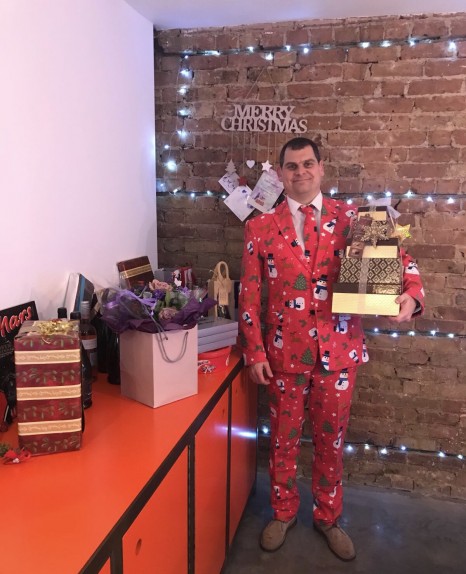 Its that time of year again! Yes, this week sees the fabulous Yuletide Parade which marks the start of the Christmas festivities for Leigh on Sea and beyond. Obviously nobody has told the telly as the Christmas adverts seem to have been out for weeks!

This years parade will no doubt be another spectacular affair with loads of decorated floats as well as various dance troupes and choirs all proceeding the main event, Father Christmas on his sleigh. This is as well as the numerous business’s in Leigh selling drinks and food which always make up what must be the largest event in the Leigh calendar.

This year will be slightly different to last with Father Christmas making an appearance at the Leigh Community Centre before the precession between 4pm & 6pm. A perfect opportunity for some of the younger visitors to get up close and personal with the big man in the comfort of the main hall away from the crowds hopefully.

Because Santa Claus is so busy this year he wont be able to be at our Scott & Stapleton offices so we are all going to take the opportunity to enjoy the festivities and parade ourselves rather than open our doors as we have done in the past. It will be a unique experience for most of us who have been too busy in previous years to enjoy the occasion and take in the atmosphere.

One thing I know that I am looking forward to and new for this year will be Elsa’s grotto at the Leigh Community Centre! As you are probably aware Elsa is from the hugely popular Disney film Frozen and is the ice queen from Arandelle. I am sure she will keep her gloves firmly on and will welcome children with open arms rather than the snow monster who used to greet Anna & Olaf when they visited!

The Yuletide Parade will once again start from Kings Road at 6.30pm winding its way through Leigh Road & the Broadway to conclude at Broadway West around 7.30pm. There will even be an interactive system for people to be able to vote for their favourite participants in the parade and prizes for the 2 best entrants!

As ever the parade is just the start of a busy festive time for Leigh on Sea. Saturday 1st December sees the Christmas Craft Fayre with the hugely popular Christmas Carols at Strand Wharf on Saturday 8th December and the Christmas Farmers Market on 22nd December perfect for the sack of Brussell Sprouts you will need.

So mark your calendar for Friday 30th November, pick your spot on Leigh Road or the Broadway, get yourself a mulled wine and sausage roll and get fully in to the Christmas spirit. Those of you that know me know I will be doing just that!!!