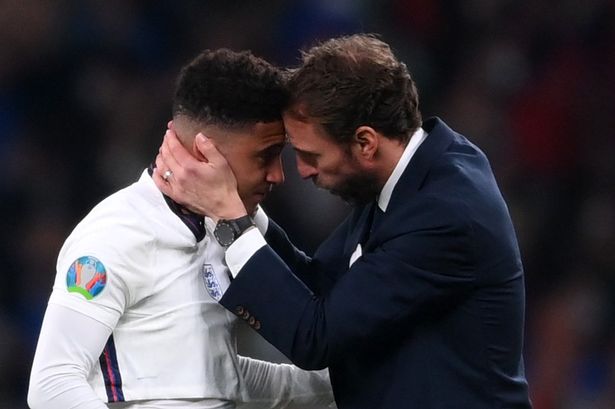 I have plenty to catch up on with this blog. It has only been a couple of weeks but a lot seems to have happened.

First of all the football. It already seems like a distant memory but we came so close to being victorious! Obviously, the result was hugely disappointing, especially when we had almost convinced ourselves that we were going to win. The manner in which we lost was all the more upsetting. To those of a certain generation (me), it shouldn’t have come as a big surprise, we are used to the disappointment after following England over many years. To the newer generation of supporters, it must have come as a bit of a shock that we didn’t win. After the semi-finals of the last World Cup and then getting into the finals of the Euro’s it would be easy to think that this is the norm. I can guarantee that it hasn’t been but let’s hope that it is and continues to be so for many years. We certainly seem to have a generation of players who could go on and do something pretty amazing.

That said, they will only go on and do something great if we support and get behind them. Rashford, Sancho and Saka are immensely talented young players, players who stand for a more united and equal England. It is extremely saddening and equally appalling to see floods of racial abuse directed towards the young players, that they should be thought of as anything less than heroes – along with the rest of the team. What possesses someone that has 2 hours before supported a person, to then immediately abuse them when something unfortunate happens?

The anonymity of social media has got a lot to answer for in my opinion. These keyboard or smartphone warriors are very brave sat in their bedrooms but wouldn’t dare air their repulsive views in public. If found, and every effort must be made to find them, they must be given extreme punishments. A proper deterrent is the only way that we will stop this from happening time and again. We must never let the fear of abuse hold back young people starting out in the world – the encouragement and nurturing of talent must prevail.

Next up is the end of lockdown, ish? I am writing this on the first official day of the lockdown being over. We are now allowed to mix in as many numbers as we like, ditch our face coverings and even go to nightclubs (no thanks!). Quite understandably there is an air of nervousness around. The number of new cases is extremely high at present and the hundreds of thousands getting ‘pinged’ to self-isolate, including the Prime Minister and Chancellor, has people worried that this may be a bit too soon. On the other hand, the vaccine seems to be working and more and more of us are double jabbed offering the best possible protection. I personally look forward to the day when I don’t have to wear a mask but if that is in another month or two’s time rather than now given new variations and the spread then so be it. If we have to wait a bit longer to guarantee that we won’t have a full lockdown again then that is best it in my opinion. I have already written off foreign travel again for this year and as long as we are all sensible then hopefully we won’t have any more repeats when we get into the autumn and winter months.

That brings me to my next point. The weather. A favourite subject for us Brits but finally we seem to be full steam ahead into summer. I can tell that it is summer because the girls in my office that spend 6 months of the year with blankets over them complaining that they are cold are now moaning that it is too hot! I love it personally. Like I said with the prospect of foreign travel off again this year then we need to make the most of our outdoor space. I was at the beach this weekend and in the water and seeing people travel from far & wide to take advantage of our coastline is brilliant. Hot, hot, hot – I am all for it and long may it continue as long as there is a cold beer at the end of the day. Oh, and can we keep the table service in the bars, please? I am getting quite used to being waited on now rather than a scrum at the bar but that is probably just my age?

All of the above points lead me on to my last one and the reason I am probably here and you are reading. What is happening to the housing market? Well, I could be bullish about it and say that we are smashing it and having it off as some agents will lead you to believe on their social media posts or I could be honest and tell you what’s really going on? I think that you should know me well enough by now to know that I won’t sugar-coat things and will just tell you how it is. The market is quiet, very quiet. There is still a lack of properties coming to the market but this isn’t unusual and has been standard for well over a year now. What is unusual given the first 6 months of the year is the slow down in buyers. Properties that were once fought over, sold in a matter of days for well in excess of the asking price are now getting very little interest. This is across the board, from first-time buyer type flats right up to top end detached houses in excess of £1,000,000.

Personally, though I don’t think that we need to panic. All of the above is going to have an impact on the housing market. People were mostly drunk for a month and high on the possible success of the England football team. They are also now considering returning to their places of work. Commuting into London again or such like and seeing if they can squeeze back into a suit. They have also written off their summer holiday and are working out whether they should join the hordes in Cornwall or take advantage of the weather here and relax and enjoy themselves. This lull in the market could also be down to the concertina effect that inevitably took place once the stamp duty holiday ended. The scramble to purchase and complete a property before the end of June was truly unbelievable and now that all those people have been satisfied and have got what they wanted it is always going to take time to replenish our stocks of buyers. We also have to remember that this is normal. Historically the market always does slow down during the summer months. People have got much better things to do than get their properties ready to be sold or traipse around looking at new ones to buy. I can understand that and so we just have to not panic, keep going and I am sure that in a month or so’s time everything will back to normal (or not?).