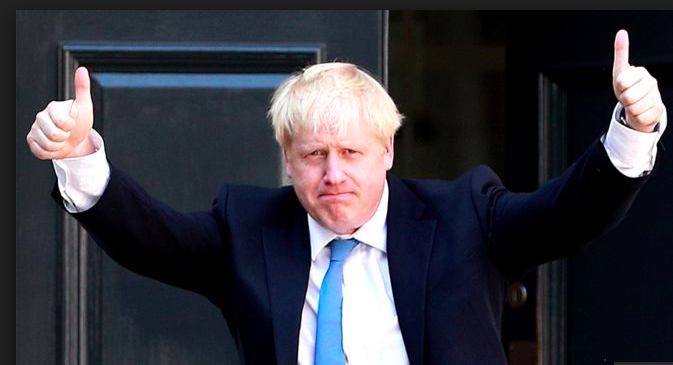 It has been a couple of weeks now since Boris Johnson has been our latest Prime Minister and we have had various promises about Northern powerhouses and how he can negotiate with the EU for a better Brexit deal where no politician before him seemed able?

As ever, with politicians on any side, we take it all with a very large pinch of salt and try and read between the lines. Obviously for me, I am most interested in what he has been saying about the property market. He has touted some very radical changes to stamp duty which could be interesting and like everyone previously has promised massive development of private residential and council housing to ease the ever growing crisis in supply.

In my (very humble) opinion I think that Boris Johnson brings something else to the housing market and markets in general that is much more important than any promises of reform or cash in the far future. Like him or loath him, respect him or think of him as a buffoon there is no doubt that he is a long needed positive force in British politics.

For too long we have had doom and gloom mongers telling us how bad it is going to be! Negative outlooks, how we will be shunned by the rest of the world after Brexit, a huge recession, chaos at the ports, medical supplies running out and businesses grinding to a halt. Boris seems to be singing a different and very welcome tune.

What happened to the can do spirit of the UK? Our tiny Island had consistently punched above its weight since the dawn of time it seems and I have no doubt that we will do it again. It finally seems that we have a prime Minister who believes it as well. Where there is a will there is a way and surely business will also find a way to overcome any temporary obstacle that Brexit may produce.

It appears that he is the only politician with any remote chance of being able to negotiate something with the EU. To tell the EU that we will only leave with a deal, taking no deal off the table is not a negotiating position and exactly what the EU wants. We have backed ourselves in to a corner with absolutely nowhere to go and if I were the EU I would be taking exactly their stance.

We have to have a united front to be able to go back to them with a credible threat of walking away if necessary. Once they see this resolve they will be back to try and negotiate a different deal as it will be in their interest as much as ours.

This gung-ho spirit is what is needed right across the board at the moment. We have had a hugely divisive vote over Brexit and whether you voted to stay or remain (remain, since you asked) surely it is now time to come together to move forward. It feels like the country has been crippled since the vote in 2016 with huge time and resources being spent on Brexit which still might be some way off.

The worse case scenario for us in the housing sector was the extension from May to October for Brexit. Like any market the housing market does not react well to uncertainty. Any decision made can be dealt with once it has been done, it is the not knowing that worries people. And when our politicians have been fighting amongst themselves to tell us how bad it is all going to be it doesn’t really fill you with confidence.

Why would you take that big leap like taking on a larger mortgage when you are told that thousands of city workers jobs may be in threat when the financial centre moves to Germany? Why would you move areas when the infrastructure will fail and there wont be enough employees to man the hospitals and schools?

Predictions like this are all part of the so called ‘Project Fear’ and not reality my opinion. If we do leave the EU without a deal I do expect a tough period while we find our way in the world but I also have no doubt that this will be extremely short lived and we will come through it stronger than ever.

We are a very resilient bunch us Britain’s and here in Leigh on Sea we are extremely fortunate. Our membership to the EU will not affect our proximity to London and transport links, nor will it affect our brilliant schools and Broadway, it doesn’t mean a jot to our beautiful coastline and character housing stock so I am extremely confident that we will still be as popular as ever and people will still aspire to live here for many more years to come.

It is time for us to back the ‘Blond Wonder’ and get behind his positive message to show the EU and the rest of the world that we mean business.